I was away with some girlfriends for an extended weekend away in Algarve Portugal. My friend F turned 40 and she invited us all to join her on the trip there.
Even though I travel a lot for business, this was my first non work trip without my  kids or husband since my daughter was born, so I was quite nervous.
As we had finished boarding and were waiting to start taxiing, I suddenly saw that I had had a missed call from my kids kindergarten which never happens. I called them back only to be told me son had thrown up so needed to be picked up. My nanny had picked him up, but I had a panic attack as that had never happened. To make matters worse, the air steward was sitting right behind me and sternly told me to switch off my phone. So I had to. I spent the over 3 hour duration of the flight praying for the best and immediately we landed, first thing I did was call home. Thank God he was okay and hadn't thrown up again.
Everyone else flew in from London and I arrived at the airport about 4 hours ahead of them. After a cup of hot chocolate with marshmallows from Costa, I decided to go out and explore Faro. I found the local bus, purchase a ticket to the city centre, which was about 5km away for 2.22 euros, dragged my luggage and off I went!!! 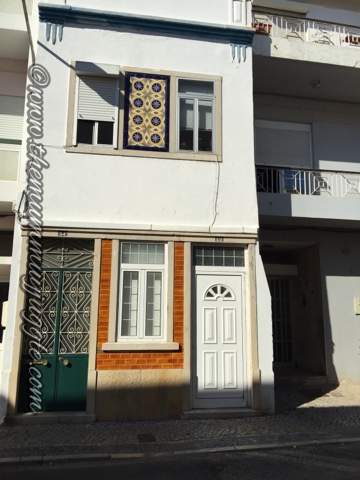 I really loved the architecture in Portugal. The old houses have tiling on the outside walls and they just look really nice. 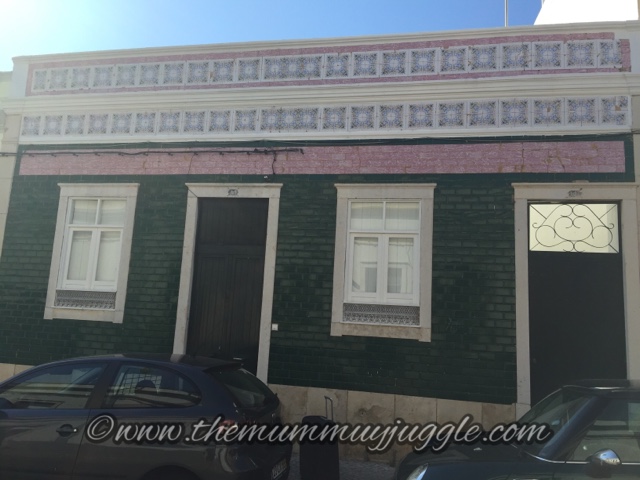 As I walked down the street taking pictures, I walked into a street full of old houses, many of which were boarded up.
1878 Hostel is located right in the middle of that street of old houses. 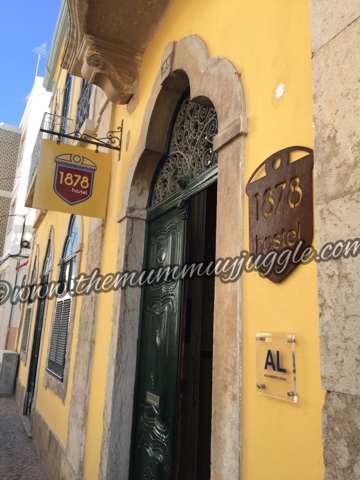 The hostel door was open and as I peered through the doorway to look at the interesting architecture, a young man came out of the office and asked if I wanted a tour of the hostel. Of course I said yes and after dragging my luggage to safety, I followed him inside.
The house is over 200 years old and was renovated and turned into a hostel a year ago.
It's definitely something to keep in mind if you are looking for cheap accommodation in faro. It looked well planned and quite delightful. I took many pictures and will let you judge for your selves. 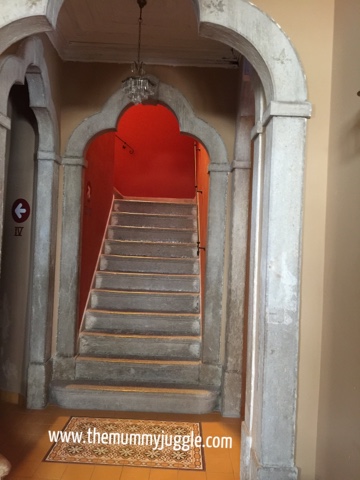 After I said my goodbyes, I walked to the delightful harbor. 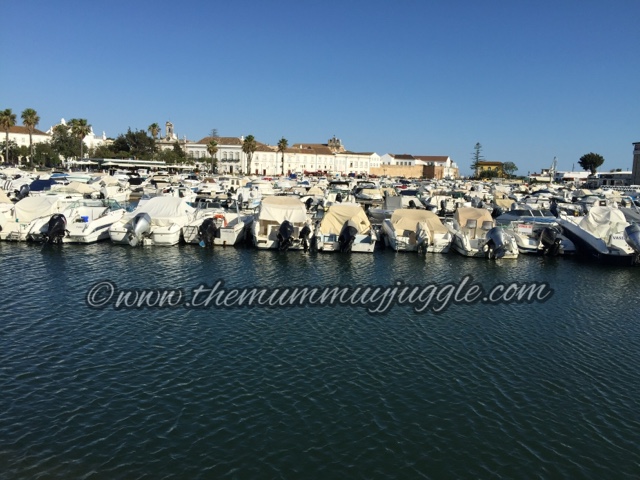 There was lots of information on renting boats, boat trips and nature trips.
I picked up loads of info material and then I headed back to the airport, with a few minutes to spare.
The other ladies arrived soon afterwards. After we had done the introductions, we found our shuttle driver, loaded our luggage and drove off to Albufeira about 30km from Faro, where our villa was located.
1 comment:
Email ThisBlogThis!Share to TwitterShare to FacebookShare to Pinterest

Guidance on reproducing my posts 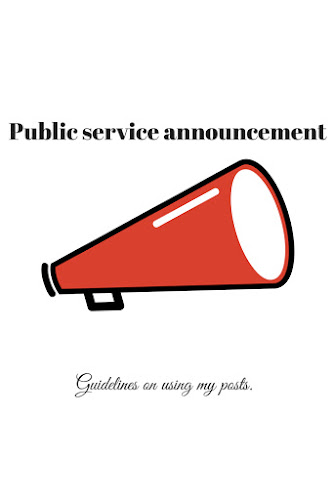 I am writing this post because I recently that 4 of my posts from this blog had been lifted verbatim and posted on a website.
I will say that I had gotten an email from the editor of the site last year asking whether they could republish those posts. I replied sometime in December, specifically asking to be informed about if and when, since due to the fact that I was replying their email a few months too late I was unsure if they still wanted to use my posts.
I never received a reply or a notification. I only realized they had published my posts when I went through my blog statistics a few weeks ago and saw that I had been having blog visitors redirected from that site. I decided to go check and I saw my posts. They did attribute the posts to me, but perhaps unwittingly, gave the misleading impression that the posts had been specially written for their site. That unfortunately turned something that I had found exciting into something that left a bittersweet taste in my mouth. So because of that, I have decided to do a post with some guidelines on reproducing or using my posts
Reposting etiquette.
No 1. Ask for permission. My contact email address is themommyjuggle@gmail.com. Send me an email and I will respond. Please expect a bit of a delay, after all, the fact that I am juggling a lot of responsibilities is the point of this blog.
No 2. Do not copy and paste the whole post if you don't have permission to. If you want a whole post, request me to write a guest post on your blog, I'd be happy to if I can accommodate your request within my schedule.
You can say something like "Themummyjuggle posted on her blog........." And then copy part of the post. You can then add a link for them to read the remaining part of the post. Even Lindaikeji.blogspot.com is now doing that after mrAyedee showed her pepper.
No 3. Make sure you include in the post that " this post was originally posted at www.themummyjuggle@gmail.com"
No 4. Do not add or subtract from my post. You can embellish in your preamble or quote part of my post and discuss, but don't copy paste my whole post and then add your own jara.
My dear silent readers, if you have any other tips or suggestions concerning blog/ article reposting etiquette, please do share.