Finally, I have a word to describe my personality! According to the free online dictionary, an ambivert is someone who exhibits ambiversion.

A personality trait including the qualities of both introversion and extroversion.

Every personality test I've ever taken has been unable to group me and now I know that there is a name for me, for my personality type. I am an ambivert who leans more towards introversion.
This has been a week of self discovery for me, I saw the brilliantly drawn How to interact with introverts yesterday and it resonated very loudly with me. 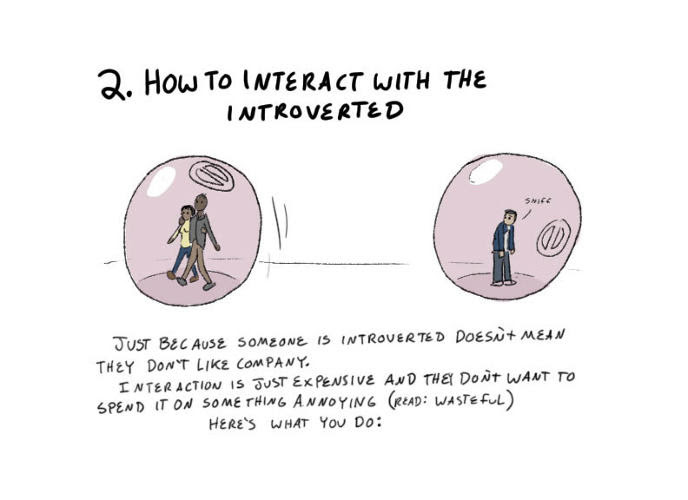 I also listened the Susan Cain on Marie4leos YouTube video talking about networking tips for introverts, after which I stumbled on this brilliant TED talk by Susan Cain, which in turn led me to the word Ambivert - which is who I am.

I have a daughter who is growing up with exactly the same personality type and I really want her to grow up self confident and knowing who she is. This journey of self discovery is as much for her as it is for me.